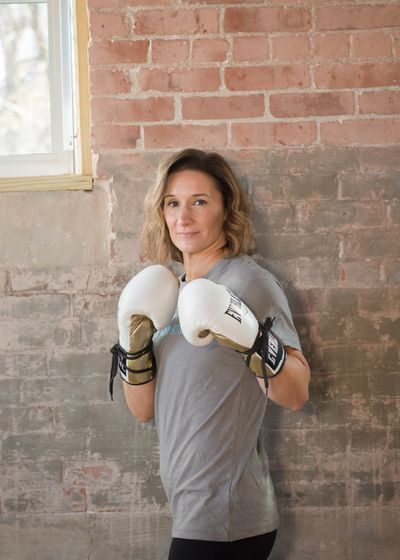 Jaime is co-owner of On the Ropes Boxing and Fitness and is the lead boxing coach. Jaime is a four-time world champion female boxer, level 2 USA Boxing coach, certified personal trainer, holistic health coach and WBFF competitor. Jaime is also a vegan and is certified in plant-based cooking.

Originally from Saskatchewan, Canada, Jaime won two Canadian national amateur boxing title before turning pro in 2000. Jaime moved to Rhode Island in 2001 to continue her pro career with Jimmy Burchfield’s Classic Entertainment and Sports. During her 10 year professional career, Jaime fought some of the biggest names in female boxing, including her huge main event win over Mia St. John. Jaime retired in 2013, following a unanimous decision win 8 months after having her second child.

Throughout her career and following retirement, Jaime has trained several professional and amateur boxers. Jaime works with all fitness levels, from beginners to professional boxers. She uses her years of experience to provide athletes with the tools and skills they need to be their healthiest self--- both physically and mentally.

Jaime is a mom of two and married to her husband Ryan.